Learn How to Draw

How to draw a nose in 3 easy steps

Hey there, and welcome to Anatomy of a Sketch!

Here, I will teach you everything about how to draw people. Today’s lesson is all about drawing noses, and how to draw a nose from the front and from the side.

Just a heads up, this ISN’T going to be a typical realism drawing of a nose.

But, you could use the skills I teach you here to draw a very realistic nose.

I draw in a very animated style, so the images I teach from are illustrated in animation style.

This tutorial is going to be easy, and focused on learning the basic shapes of the nose.

So if you don’t have confidence in shading or working with pencils, don’t fear!

We won’t be doing any excessive shading in this tutorial.

Understanding the structure of the nose

Before we can learn how to draw a nose, we need to understand the structure of the nose.

The nose is made up of three basic parts:

The bridge, the ball (or tip), and the nostrils.

Most of the nose is actually cartilage and soft skin tissue, all except for the bridge of the nose.

Let’s look at the image below,

You can see above that I have drawn 4 different nose shapes, but they are all basically a right triangle.

All of them also have a ball shape at the tip, and rounded nostrils.

While all noses are different, they all have these basic shapes.

How to draw a nose from the front

Let’s start by learning how to draw a nose from a front view.

Step One: Draw the ball

This is the basic “how to draw a nose with 3 circles” part of the tutorial.

Start by drawing a ball, and then add one smaller ball sitting on each side.

Next, let’s draw the nostrils.

The nostrils are typically ovular or circular, depending on the nose shape and the angle of the nose.

To help you understand the shape of the tip of the nose, I have highlighted the angles below:

This diagram can really help with shading, and any reference lines you might want to ad.

It also shows where the bridge of the nose would be.

The bridge can be as defined as you want it to be.

How to draw a nose from the side

Next, let’s learn how to draw a nose from the side view.

Step One: Draw the ball

For this drawing, I have drawn a circle in the bottom left corner of my canvas.

Next, sketch the bridge by first drawing a triangle shape with the ball at the bottom corner.

For your final outline, trace the angled side of the triangle for the bridge,

and then round out your the bottom of the outline so it scoops below the ball/tip of the nose.

Next, we will draw the nostrils.

You can see in the picture below that I rounded out eh top of the nose, and changed the color.

I added shadows to bring a little more depth to the image as well.

I also have a full tutorial on how to draw a side profile if that interests you!

This is how to draw a realistic nose shape from the side view.

How to draw different nose shapes

Every nose is a slightly different (or VERY different) shape!

Some people have very small noses, while others have larger noses.

If you look at the illustrations below, you can see that a lot of these noses have very different shapes.

Let’s look at some different nose types on the same character:

In this drawing, I have draw the same character, but in each picture their nose is different.

Let’s look at the nose shape from the front, and then from the side angle.

You can see that just by changing the nose, this character looks like an almost totally different person.

Now let’s look at a character from the side.

The only thing I changed in this drawing in each picture was the nose, but each of these characters look very different!

How to draw a nose in anime style

When I was researching what you guys want to know about how to draw noses, one of the things I noticed was the search for how to draw anime noses.

Anime-style drawing can be very detailed, and very beautiful.

When thinking about how to draw a nose in an anime style, one thing you might notice is that the noses in anime are very small.

Realistically, our nose is one of the largest features of our face, but stylistically, it is okay to make them smaller.

One reason anime noses look small is that they are not drawn in high detail from the front view.

Take Naruto for example: (I did not draw the image below, this is just for reference)

In the image above, his nose looks very small, because the only thing drawn are the nostrils.

In the image below, you can see that his nose is drawn in full dimensions.

Granted, this is in Naruto Shippuden when he is much older, but still. 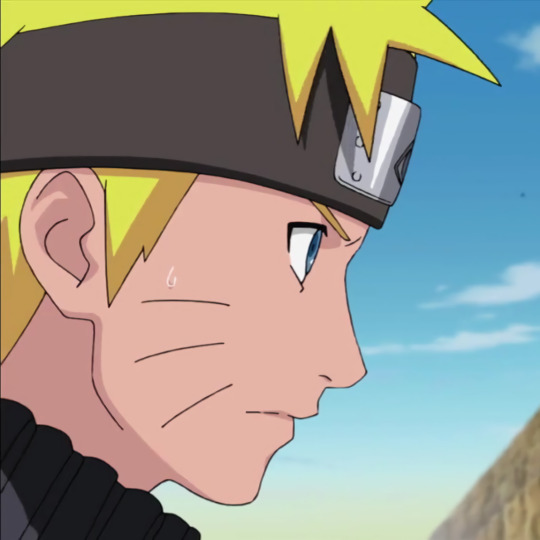 Image credit to Masashi Kishimoto and Studio Pierrot and TV Tokyo, VIZ media, as well as anyone who owns the rights to this picture.

Obviously, not all anime styles are the same and there are many variations.

My suggestion would be to study the anime you like the best and study how that artist draws noses.

Want to learn how to illustrate in full color?

Sketching is so much fun and I LOVE linework!

But one of my favorite parts of being an illustrator is rendering my illustrations in full color.

On Patreon, I post monthly FULL-COLOR tutorials for my Champion and Hero tiers!

These are so much fun, and Patrons are able to comment and ask questions as well as “like” posts and answer polls.

My Hero tier also receives a monthly vinyl sticker from me via snail mail!

These are such a big hit. Some of the ones we have done so far are Harley Quinn, Princess Leia, Aloy (Horizon Zero Dawn), and Captain Carter from Marvel’s What If?

And if you are a Patron, we do take polls so you can help pick which stickers I send each month.

Join the fun at Patreon.com/LeahHarris

Thank you for reading this tutorial on how to draw a nose for beginners, and if you feel like you’ve gotten value from it please share this post!

See you in the next one!

What to draw next…

How to draw ears for beginners

This site uses Akismet to reduce spam. Learn how your comment data is processed.

Thank you for being here! Anatomy of a Sketch is all about learning, drawing, and creating images that are creative while learning proportions. I will teach you all about drawing humans, and how to hone your drawing skills overall.